What can Camden do to address the climate crisis?

The Camden Climate Assembly brought together over 50 randomly selected residents from Camden during July 2019 to develop an approach for how Camden can best tackle the climate crisis.

“We are now facing a climate and ecological crisis. How can the council and the people of Camden help limit the impact of climate change while protecting and enhancing our natural environment? – What do we need to do in our homes, neighbourhoods, council and country?”

The citizens’ assembly was asked to develop a series of actions at each scale – home, neighbourhood, the council – that can be progressed by the necessary stakeholders. The actions were presented to a full council meeting on 7 October 2019 and received unanimous support from councillors from all political parties.

The recommendations set the direction of the Camden Climate Action Plan 2020-2025, which was published in June 2020.

Across its three sessions, the citizens’ assembly heard a range of evidence outlining the facts of the climate and ecological crisis and the ways in which it can be tackled, before developing and agreeing 17 actions that should be taken by residents, community groups, businesses and the council in Camden. 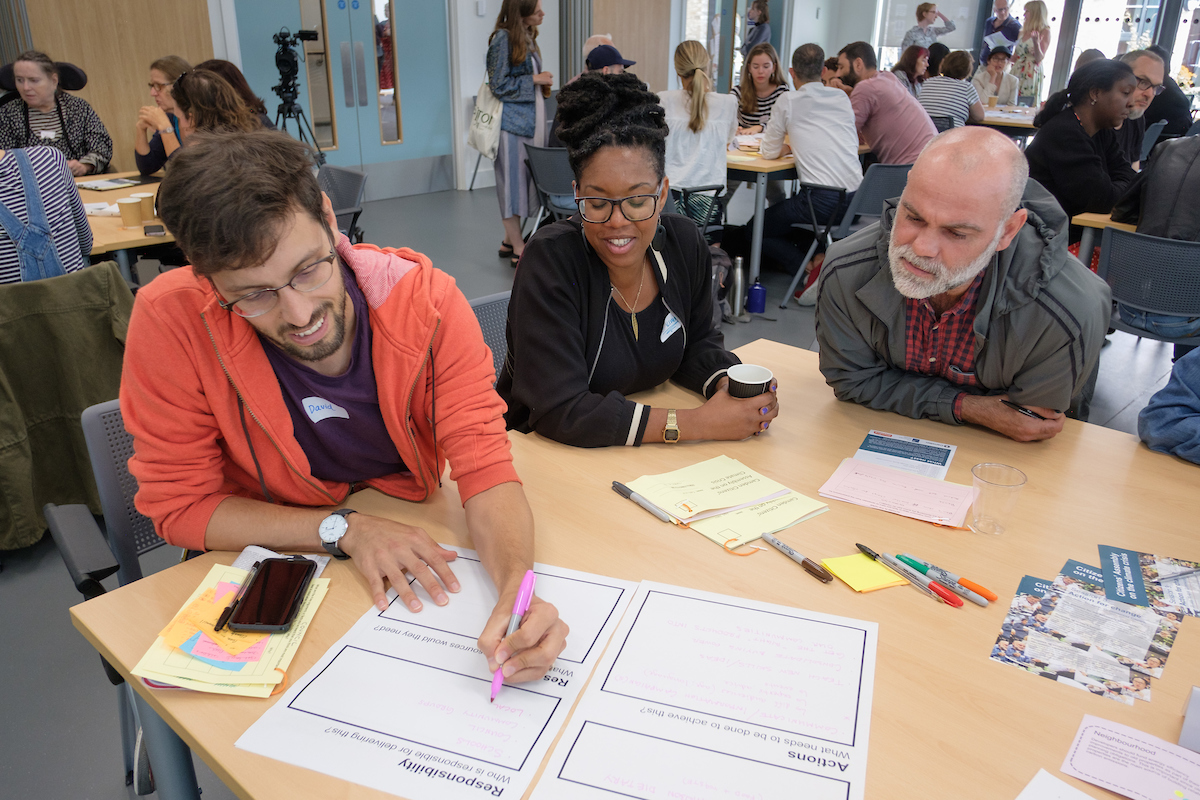 The organisation of the citizens’ assembly was led by officers from Camden Council, overseen by an advisory board and supported by Involve.

The independent advisory board was tasked with reviewing the content and structure of the citizens’ assembly to ensure that assembly members were provided with information and evidence that adequately addressed the key issues and enabled them to deliberate in an informed manner. The members of the advisory board were:

The council commissioned Involve to advise on the development of the assembly and lead on its design and facilitation. We worked with the Democratic Society – a non-profit organisation – to facilitate the assembly sessions. 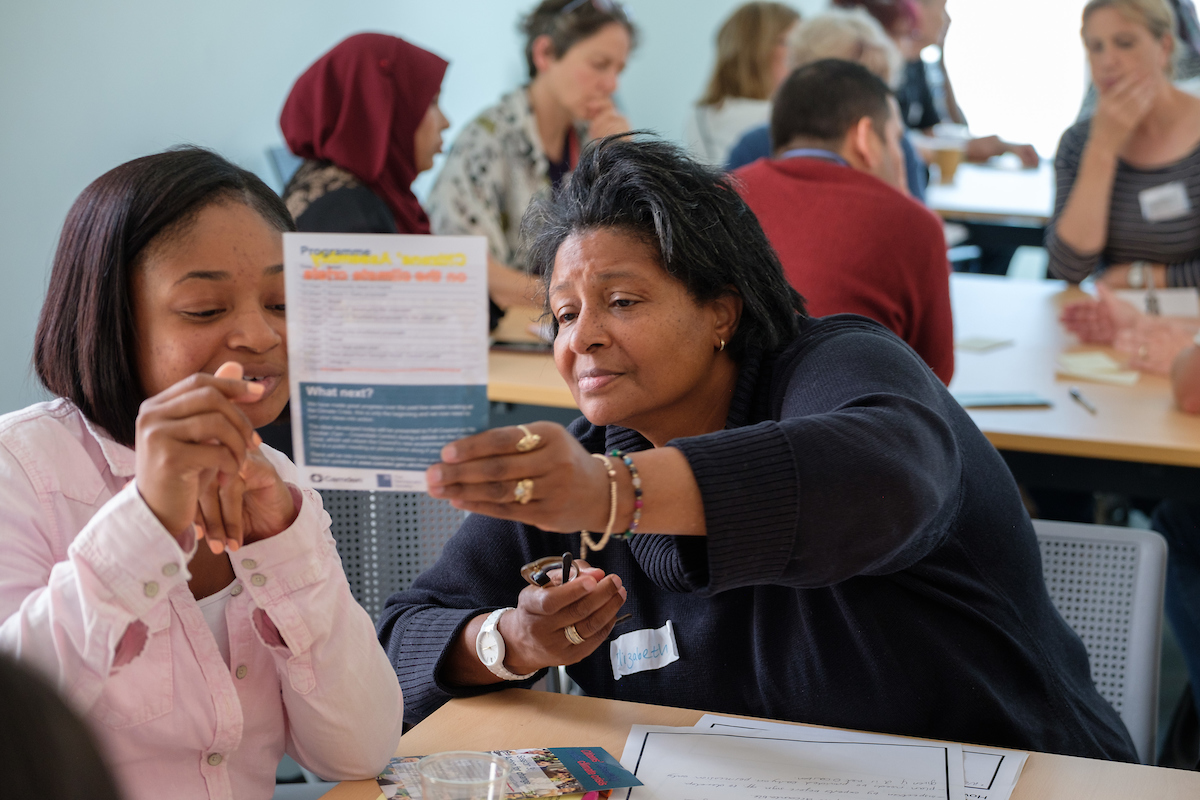 We designed the citizens' assembly process with input from the advisory group, council officers and the Democratic Society.

The citizens’ assembly met three times during July 2019, with two three-hour evening sessions and one six-hour Saturday session. Each session was led by two experienced lead facilitators from Involve and the Democratic Society. Tables were facilitated by a mixture of council staff and independent facilitators. Council staff were trained in facilitation techniques by Involve ahead of the first citizens’ assembly session.

In addition to the expert evidence that was presented by witnesses during the assembly sessions, the citizens’ assembly was informed by significant engagement with the wider community in Camden. The council’s Commonplace platform was used to collect 225 submissions of proposals for the assembly to consider. A series of engagement events were held with schools in the area to collect ideas from the future generation. As well as being included in the bank of ideas that the citizens’ assembly considered in session 3, these were also displayed for assembly members to look at during breaks. Finally, Camden Council also worked with the Camden Climate Change Alliance to collect ideas from local businesses.

Over 600 ideas for actions were collected in total from this community engagement. Approximately 200 of these were selected for consideration by the citizens’ assembly. They were selected to cover the diversity of the ideas submitted (e.g. removing duplication of similar ideas submitted by multiple people). These ideas formed the starting point for the citizens’ assembly during its third session when considering the actions that should form the action plan.

A full write-up of the citizens' assembly process can be found in the final report.

The Camden Citizens’ Assembly on the Climate Crisis was the first citizens’ assembly on climate change to be run by a local authority in the UK.

Drawing on expertise and ideas of the wider community, experts, schools and business, the citizens’ assembly agreed a comprehensive set of actions that can be taken in homes, neighbourhoods and the council across Camden. It demonstrated the role that residents from all walks of life can play in developing a local approach to tackling the climate crisis. All 17 actions received a clear majority of support from assembly members, with none receiving less than 75% agreement and the majority receiving more than 90%. The table below shows the full list of actions with the level of support they received.

A full write-up of the citizens' assembly recommendations can be found in the final report.

The actions were presented to a full council meeting on 7 October 2019 and received unanimous support from councillors from all political parties. Following more widespread community engagement, they set the direction of the Camden Climate Action Plan 2020-2025, which was published in June 2020.

The Citizens’ Assembly process helped us focus on what needs to be done, and the subsequent consultation allowed us to fine tune the Assembly proposals further. We have turned the citizens’ proposals into borough-wide policies and community-led action in this Climate Action Plan. This Action Plan represents the culmination of this work, and defines the first of two five year plans for how we will move towards zero carbon and address the crisis. How should the UK tackle climate change? 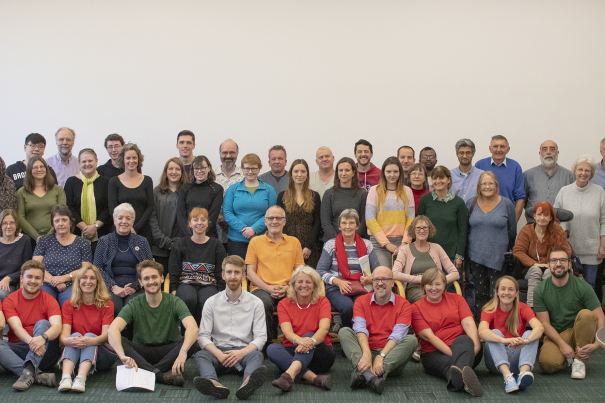 How can congestion be reduced in Greater Cambridge? 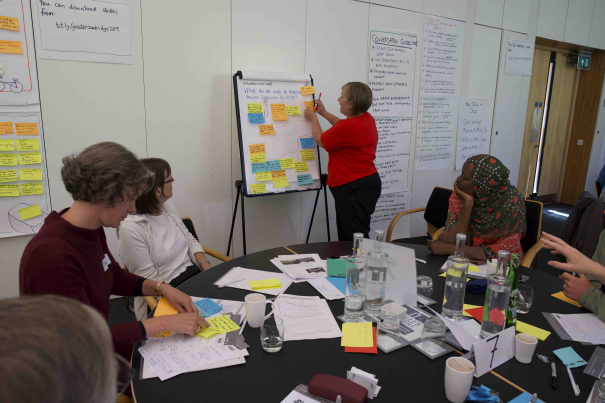 How can councils engage residents to tackle local issues?