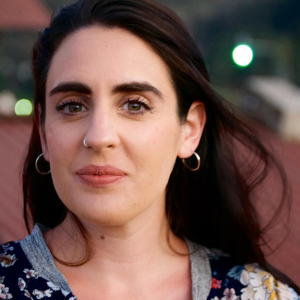 Carly is an Engagement Lead within the Capacity Building and Standards function at Involve. She leads a variety of projects inside and outside of public institutions that aim to build capacity to embed the processes, skills, structures and cultures needed for effective public participation in decision-making.

Prior to joining Involve, Carly was Chief Executive of the Socialist Educational International, a global network of children’s and youth organisations that centres its work around value-based education, and child and youth participation. Before that, she held project management positions in youth and political organisations in the UK and mainland Europe.

She has been a freelance trainer and practitioner in non-formal education for 15 years, and her area of specialisation is inclusion from an intersectional approach. The focus of her work is to give people the tools and confidence to develop their own opinions and become critical analysts of the world, and to empower people to advocate for social change.

Carly holds an MSc in Comparative Politics from the London School of Economics and Political Science. Her dissertation used quantitative data to establish the causal mechanisms behind the Labour Party’s loss of ‘red wall’ seats in the 2017 and 2019 General Elections. Carly has written and edited several educational publications on topics such as sexuality and gender, the inclusion of refugees and migrants, and inclusive sex education.

Outside of Involve, Carly is the Chair of the Riverside Community Health Project, a local organisation in the West End of Newcastle that works to challenge poverty and systemic inequalities. The organisation works predominantly with women, children and migrants. In her spare time, you can find Carly at the boxing gym or yoga studio, out at gigs, or getting involved in community activism. She is based in Newcastle Upon Tyne.

Email: Carly Walker-Dawson
Back to top