If you’re at all interested in how the public could and should be engaged in scientific and technological innovation then the latest report from the Science and Technology Select Committee is worth a read. 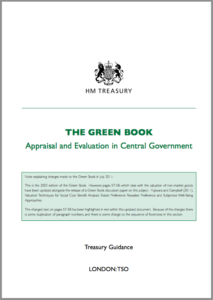 The report explores two key issues in some depth: science awareness and communication; and science and policy-making. It’s got lots of sensible stuff about the role of the media in supporting public understanding, about the danger of ‘false balance’ in reporting on scientific issues and even reaches a slightly surprising (for some) conclusion about the impact of ‘Boaty McBoat Face’ on public engagement.

Secondly, one of the Committee’s recommendations really stood out and emphasised why Sciencewise, and the public dialogues which it supports, are so important:

“The Government must not deliberately conflate scientific considerations with political, financial or legal matters when making policy decisions, and the Cabinet Office ‘Green Book’ on public consultations must make it clearer how scientific evidence is considered independently of wider matters.”

Time and again Sciencewise dialogues demonstrate that the public have important perspectives on a range of issues which are much wider than just the technical risks and benefits of the technology under discussion.

Our own research for Sciencewise shows that the public is often more supportive of scientific innovation than policy makers expect, but that, beyond the benefits it will bring to them personally, they are equally interested in how it will be governed, how to make sure that benefits are equitably distributed and that it will be value for money for them and for government, for example.

It is by taking these kinds of issues into account that government will be able to make policy around scientific innovation which goes with, rather than against, the grain of public opinion, values and perspectives.