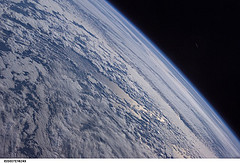 We recently hosted a round-table conversation on deliberative democracy and climate change, attended by a group of leading practitioners and thinkers in this field (participant details are below). The idea for the conversation came from Alberta Climate Dialogue, who very kindly funded its hosting. We wanted to explore two perennial challenges with public deliberations: how do you extend their reach beyond the people in the room, and how do you translate deliberations into public policy that gets implemented? We explored these questions specifically in the context of deliberations on climate change.

We started off by watching this short video of the 2012 Citizens’ Panel on Edmonton’s energy and climate challenges, and our conversation in London then explored how these sorts of public deliberations can gain traction with policy makers. The challenges are many, including institutional risk aversion, competing voices from lobbying, the power dynamics within the political process and sustaining political buy-in. Engaging politicians and policy makers in the deliberation itself, not just as distant observers, was suggested as one way of creating this traction. This not only exposes policy makers to the experiences and stories of citizens (which can be a powerful influence) but it also enables the co-production of solutions and supports stronger accountability (by making the decision makers and their resulting actions much more visible).

We reflected on other ways of sustaining the impact of deliberation beyond the life of the deliberative event itself. It can be difficult to empower citizen participants to do this, particularly if they have been randomly selected and they may not be part of any civil society networks. So, involving civil society organisations in the deliberation, and utilising their networks after the event, could be one way of sustaining engagement and keeping the issue ‘live’ in the public eye and with policy makers.

Our conversation also explored impact in terms of how climate deliberations are framed. Given the urgent and pressing need for global action on climate change, one participant argued that we should frame these policy conversations in very radical ways, engaging citizens in really big questions about changing our economic frameworks and societies. Others felt that a more local and personal framing is a more effective way of engaging citizens, as well as being more attractive to policy makers, who will be more responsive to pragmatic and incremental ideas. We didn’t, you won’t be surprised to read, resolve this tension but it did lead us into a moment of philosophical reflection, asking: when we are doing deliberation are we doing democracy? Are we aiming for progressive solutions or are we seeking to build a deeper democracy?

The other perennial question we explored was: how do you extend the reach of climate deliberations beyond the mini-publics taking part in the room to the public at large? You might have, say, 50 representative citizens taking part, but what about the thousands or millions of citizens who are not in the room – how will their interest and engagement be piqued? How do we scale up from small gatherings to wider engagement?

Plenty of ideas emerged during our conversation, including for example the use of webcasting to enable people outside of the room to see and hear the deliberations and supporting citizen participants to champion wider engagement. In a nutshell, our conclusion was that we probably need to deploy a whole ‘ecosystem’ of different participation and mobilization strategies to broaden this reach. There is very definitely a role for mini-publics, but there are ways of amplifying and extending their voice.

We concluded our conversation with personal reflections from each of the participants. We have captured two of these in the videos below (and my apologies for the video sound quality – the conversation in the room was so energetic it has intruded into the videos, but hopefully you can still follow David and Graham’s reflections).