LGBTQI+ persons are among the already marginalised groups most disproportionally affected by Covid-19, furthering isolation and lack of support.

A recent study by the Human Rights Campaign found that LGBTQI+ people are more likely to become unemployed as a result of the pandemic. The closure of LGBTQI+ bars and clubs, many permanently, has increased social isolation and economic vulnerability. These spaces have always provided forms of support and community beyond the confines of heteronormativity. As a result of their closure, many of our LGBTQI+ friends – performers, bartenders, DJs, sex workers, organizers and activists – have seen their sources of income and wellbeing disappear. These are modes of livelihood and networks of survival that have taken years, if not decades, to build.

Whilst the pandemic has further threatened already precarious queer lives, new forms of sociality have emerged. Queer House Party, a weekly virtual event which takes place on Zoom, is one such form of community-making which demonstrates not only the vulnerability but also the resilience and creativity of LGBTQI+ communities in times of crisis.

Queer House Party is organized and hosted by LGBTQI+ activists and DJs from a flat share in South London, attracting around 400+ visitors from around the world every night. Founding member and resident DJ Harry Gay explains that Queer House Party started in the first week of the lockdown, as a way of making some ‘extra cash’ and ‘getting our friends together’. But after receiving over 1000 participants on the first night, they knew they were onto something bigger. Since then, Queer House Party has been providing much needed support for LGBTQ+ people whose (often primary) sources of income and sociality have been curtailed by COVID-19.

Whilst Queer House Party cannot replace the provision of publicly funded services and social safety nets, it can provide increasingly isolated members of the LGBTQI+ community with an opportunity to socialise and to connect with others.

Each event features DJ sets and performances by drag queens, draq kings, spoken word artists and/or dancers. Participants are encouraged to ‘tip’ the DJs and performers via paypal, the link to which gets shared frequently on the chat throughout the night. Participants can also make a ‘donation’ upon registering for the events, all the profits of which are shared amongst the performers and organizers. The parties have also been occasions to fundraise for various projects and campaigns, from The Outside Project – an LGBTQI+ homeless shelter – and Black Lives Matter UK, to Cybertease – a virtual strip club run by a sex workers’ union – and the Dalston Superstore hardship fund. Harry explains that “the past nine months have shown that once again queer people cannot rely on government support and most take care of each other”. Indeed, although many have been left behind by the inadequate government furlough scheme – which privileges professional forms of employment – Queer House Party demonstrates that solidarity is key to our collective survival.

Putting accessibility at the centre of its events and mission, Queer House Party highlights the importance of paying attention to experiences of disability in the way we manage and respond to the pandemic.

One of the most important aspects of Queer House Party is the feeling of community it provides. A recent survey conducted by the LGBT Foundation found that many LGBTQI+ people are currently living in unsafe domestic situations, with severe impacts to mental health and emotional wellbeing. This exposes the limits of the government mantra of ‘stay safe’ by ‘staying indoors’, especially given the Conservative government’s cuts to domestic abuse services over the last decade. Many comments on the chat throughout the night express a sense of gratitude for having found such a space, for having been rescued from yet another evening alone and/or in the company of homophobic flatmates/parents. Whilst Queer House Party cannot replace the provision of publicly funded services and social safety nets, it can provide increasingly isolated members of the LGBTQI+ community with an opportunity to socialise and to connect with others.

Queer House Party has also revolutionized how we think about accessibility in LGBTQI+ and virtual spaces more broadly. All parties provide BSL interpretation, audio description and captioning for deaf and blind members of the LGBTQI+ community. This enables many who wouldn’t normally be able to attend an LGBTQI+ venue in London to participate. As others in this blog series have noted, failure to consider the experiences of those with disabilities in government responses has resulted in various setbacks to hard won rights. Putting accessibility at the centre of its events and mission, Queer House Party highlights the importance of paying attention to experiences of disability in the way we manage and respond to the pandemic. This has the potential to extend beyond the virtual to push for more accessible LGBTQI+ venues, many of which continue to remain inaccessible despite government legislation.

What can we learn?

So, what can we learn from Queer House Party to better inform and democratize responses to the COVID-19 pandemic?

LGBTQI+ communities are well-positioned to teach us more about the practices of resistance and alternative forms of life that can emerge from times of crisis.

Firstly, Queer House Party underscores that COVID-19 has exacerbated ongoing inequalities. Whilst over the past decade positive representation of LGBTQI+ people has been lauded as a sign of emancipation, this is clearly not enough. Here, the DIY, grassroots and defiant forms of radical resistance embodied by Queer House Party can really make a difference. The struggle to democratize our responses to COVID-19 must address ongoing systems of inequality, making the links between current challenges and decades of cuts to essential public services. The forms of marginalization that Queer House Party seeks to redress are but a continuation of the struggle for radical inclusion which extends beyond the recognition of things such as same-sex marriage.

Secondly, in responding to the social and economic challenges posed by the virus it is important that we continue to centre the voices of those who are most vulnerable. Queer House Party shows us the fight for disability justice, for sex workers’ rights, for economic justice and health care justice are intrinsically queer struggles. Queer House Party reminds us of the importance of building solidarity across movements and between categories of people that share a history of marginalization by virtue of their non-normative economic, social, political or sexual practices.

Finally, many have already drawn parallels between the AIDS epidemic and COVID-19. Whilst there are obvious differences, both shed light on how outbreaks disproportionately impact what Steven Thrasher terms, “the viral underclass - a class of people who are systematically put in harm’s way” as well as the alternative forms of life and community that can emerge in the midst of a deadly virus. LGBTQI+ communities are well-positioned to teach us more about the practices of resistance and alternative forms of life that can emerge from times of crisis.

Dr Francesca Ammaturo is a Senior Lecturer in Sociology and Human Rights at the University of Roehampton, focusing on the study of LGBTQI+ rights and social movements in Europe.

Dr Olimpia Burchiellaro is a Leverhulme Post-Doctoral Research Fellow at the University of Westminster, working on an ethnographic project on the politics of homocapitalism in the global South. 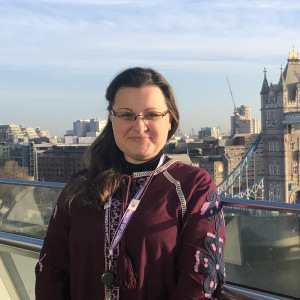 Community voice and Covid-19 – the journey to full participation

The emerging post Covid–19 social contract needs to have civic and democratic participation at its heart. However, to participate fully in shap…
See More
OpinionReema Patel 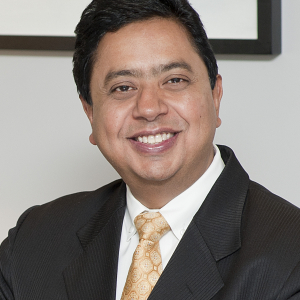 Building More Vibrant and Inclusive Democracies: How to Meet the Challenges of Covid-19

We’re at a critical moment in history, amidst a confluence of five profound crises. First, a catastrophic health crisis unleashed by the most…
See More