One of the 10 executive commitments in the strategy is: People First. We commit to putting citizens at the heart of our Green Growth policy development and delivery by ensuring ongoing engagement with young people and other key groups, including a Citizen Assembly Panel.

Involve and others in Northern Ireland have long been calling on the NI Executive to convene a citizens' assembly. Two years ago, in January 2020, the New Decade, New Approach deal that restored the devolved government after three years of suspension committed the Executive to at least one citizens' assembly per year, as well as a more general renewal of civic engagement across government. There has been very little progress on this commitment since, but the wording of the draft Green Growth strategy signals that this could be among the first issues to be referred to the citizens' assembly once it is up and running.

In our response to the public consultation, we focus on the commitment to 'People First' and specifically on the question of whether a citizens' assembly is the right approach.

You can read our consultation response in full here; the key points are summarised below. 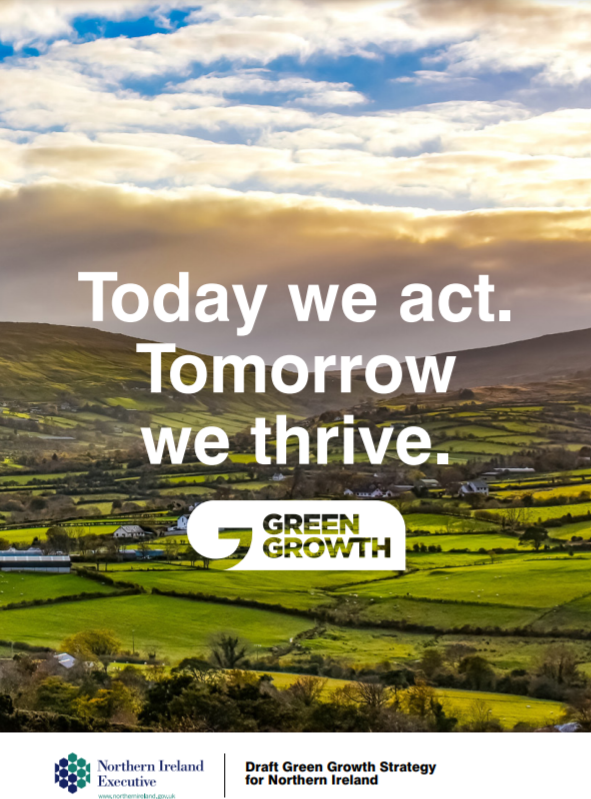 Involve is a strong advocate for a democratic response to the climate emergency - one that is more open, participative, and deliberative. Citizens’ assemblies are an important tool in achieving that vision. We welcome the reference made in the draft strategy to putting people first through ongoing engagement, including a citizens’ assembly. However, in this consultation response we make the case for a deliberative approach to ‘putting people first’ that goes further than a citizens’ assembly; a truly just and equitable transition will require society-wide public deliberation in the planning, implementation, monitoring and scrutiny of the strategy.

We will begin by responding directly to the question of the suitability of a citizens’ assembly to contribute to the development of Green Growth policies, setting out a rationale for their use, and a set of standards any citizens’ assembly should meet. We will then make a case for a deliberative systems approach as a way of ensuring that the Green Growth Strategy is both just and democratic.

Is a citizens’ assembly the right approach?

The headline Executive Commitment 4 mentions a Citizen Assembly Panel as one method of engaging with the public around the strategy. However, this is not referred to anywhere else in the document, and what is meant by a Citizen Assembly Panel is not defined, despite being a specific question in the online consultation form. We have concerns that this question is being asked without providing the information the public would need in order to be able to answer the consultation question of whether ‘it is the right approach’.

This criticism aside, we support the idea that a citizens’ assembly could be a suitable tool to develop Green Growth policy development and delivery. A citizens’ assembly is a randomly selected group of people, demographically representative of the general population (also referred to as a mini-public), who come together to hear about and discuss an issue of public importance, before coming to a collective conclusion, usually in the form of recommendations for action by elected representatives. It is used internationally to bring informed public judgement to important topics, which are usually either highly complex, contentious, moral or constitutional (or all of these).

Citizens’ assemblies have been used by parliaments across Europe and around the world to develop strategies that respond to the climate emergency. Climate Assembly UK informed the Climate Change Committee’s Sixth Carbon Budget, and was referenced as a valuable insight into public preferences (p.41).

A citizens’ assembly is a powerful and robust democratic tool. It should be convened under the right conditions, for the right purposes, and in the right circumstances. In those cases, it will make a significant contribution to the problem at hand, but it requires skill, resourcing and institutional support to do so. As citizens’ assemblies have become more widely used, there has also been a growing body of expertise in the practice of their design and delivery, and an emerging set of standards for their set up and implementation. Involve has led in the development of these standards, and we would like to submit them as part of our response to this consultation. Click this link to read the standards in full.

While we support the idea of a citizens’ assembly as a way of obtaining public input into the development of Green Growth policy, we recommend that it is just one tool in an overall deliberative approach to engaging the public and other stakeholders on this issue.

This draft strategy is attempting to address what the IPC recently referred to as ‘code red for humanity’ -  the stakes involved in getting it right could not be higher. The changes outlined in the draft strategy will require tough and important choices that will impact on everyone. We need to make those choices as a society, with much stronger links between the public and decision makers than in our current system. This will require investment in a deliberative system to create those links, and to enable mechanisms for bridging competing interests, and developing solidarity and consensus across society to make the changes necessary.

Deliberation is an approach to decision-making that allows participants to consider relevant information from multiple points of view. It is different from other forms of public engagement in a number of ways:

Deliberation can happen at different scales from small deliberative workshops to full-scale national and international citizens’ assemblies. One method is not inherently better than the other, but which approach to use should be informed by the question at hand and the kind of outcomes needed.

For issues like climate change that are complex and sometimes contentious, deliberation has a number of advantages:

A deliberative approach supports a just transition because it brings the public directly into the decision making process about what that transition will look like. It is a tool that puts different people on a level playing field with each other, as well as with politicians and experts. It enables participants to develop a shared understanding of what the issues are, constructively uses diverse public knowledge, expertise, and perspectives to find solutions, and sidesteps divisive win/lose rhetoric that could dominate if effective mechanisms for bringing people together are not created.

At its most elemental, a deliberative approach to Green Growth rests on the idea that politicians and experts alone do not have all the answers; the public, defined broadly to include individuals and communities as well as organised civil society, should be included because their contributions will provide important insights, evidence, and ideas, and because the solutions can not work without their consent.

A just transition needs to be a democratic transition - it is essential that people’s voices are listened to, and that robust mechanisms are in place to enable everyone to be informed and have a say. A just transition needs to be democratic transition because the fundamental changes required to our economy, society, and ways of life cannot proceed without the consent of the public, and the consent of the public can not be expected if they have not been involved in decision making. It is an approach that will inevitably be broader than any single methodology. Deliberative engagement should happen at community and local levels as well as region-wide, and should take place throughout the lifetime of the strategy, including ongoing monitoring and scrutiny.

This approach will require that both the Executive and local governments invest now to improve and expand their capability and knowledge of public engagement, including by bringing in external expertise, identifying internal barriers and enablers to involving the public, and finding ways to coordinate engagement activities across departments.

Public engagement needs to be embedded in this strategy, and planned in much greater detail than the draft strategy currently contains. There needs to be specific roles, responsibilities, budgets, and procedures put in place to enable the ‘people first’ commitment to be meaningfully delivered on. These provisions need to be realistically planned and costed - genuinely involving the public is not cheap or easy to do - it requires time, money, and skill - but those costs are tiny in the overall context of a just transition, and are dwarfed both by the potential costs of the policy missteps, delays, or false starts that will occur if decisions are imposed without public input or consent. 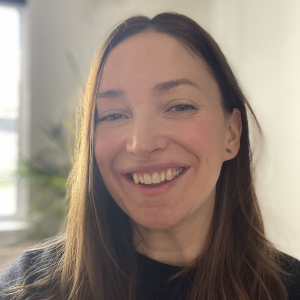 Last month, we gave oral evidence to Stormont’s Committee for the Executive Office, as part of the Community Foundation’s (CFNI) call for a part…
See More
OpinionRebekah McCabe