Is open government going to make a difference to citizens?

Involve has been proud to coordinate the UK Open Government Civil Society Network for the last five years. We’ve contributed, alongside many other individuals and organisations, to some tangible outcomes for open government. To pick three notable examples, in the 2013-2015 Action Plan on beneficial ownership and transparency of the extractive industry, and in the 2016-2018 Action Plan on open contracting. 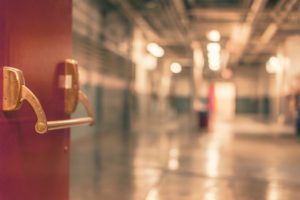 In the long run, I believe these commitments have the potential to make government more transparent, increase trust in the way tax laws are applied and contracts awarded, and most importantly contribute positively to the public purse. However, drawing a visible and easy to communicate chain between these commitments and impact for communities across the country is difficult, if not impossible.

This was brought home to me while I was preparing for a workshop about open government with senior leaders in Tees and Wear Reform Prisons. Prisons are obviously at the sharp end of public services. They are juggling society’s desires both for punishment and rehabilitation to ensure that people released from prison become productive members of society rather than reoffending.

The leadership of the reform prisons know that they can only do this in partnership with the organisations and communities which are local to the prisons and where most of the men in the prisons are drawn from. In turn, they know that they can only work in such partnerships is if they are more open about the decisions they are taking and more willing to work openly with others.

However, the prison service is traditionally very closed and hierarchical. The workshop I was planning aimed to help these senior leaders explore what open government is, where it has worked elsewhere and what aspects of it are relevant to them as they deliver a critical public service in challenging circumstances.

For the workshop to be effective, it needed some case studies to stimulate discussion and thought. These case studies needed to highlight where open government reforms, across the three dimensions of open government (transparency, accountability and participation), have been implemented and had a demonstrable impact on frontline services.

I spent considerable time searching for case studies on the Open Government Partnership site, the Open Government Guide, Participedia and our own Participation Compass. I expected to find only a few criminal justice case studies, and fewer still from prisons. However, I was surprised at how few case studies explicitly badged as open government from any frontline services I could find, and even fewer that made any attempt to trace the impact of the open government reform on the lives of the public.

After much searching, I pulled together nine case studies. You can see these, and four more from an earlier workshop, here.

I picked up on the danger of the open government movement being too disconnected from the public while I was at the Open Government Partnership Summit in Paris* at the end of last year; see for example in these tweets at the time, and the blog post I wrote straight after the summit.

The open government movement must start making a visible and tangible difference to the daily lives of citizens. It can only do this if it starts drawing on existing work from other sectors that touch on open government type reforms but aren’t explicitly labelled as such, as well as by buckling down and developing more frontline public service commitments. Without doing this it is at risk of failing to generate sufficient political support and will therefore always be at risk of key reformers inside government moving on and the agenda stalling, or even going backwards.

* yes, I am acutely aware of the irony of arguing for greater connection between the open government movement and the public while at an international summit in Paris; but big energising moments for such movements are as important as on the ground work in and with communities; we need both, not one or the other.

At Involve, we’re currently coordinating a network of civil society organisations in the UK which has formed around the Open Government Partnershi…
See More