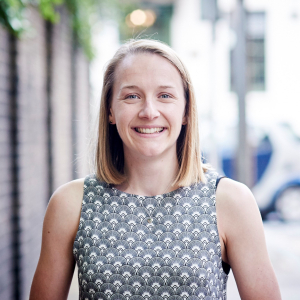 Valentine’s Days 2020 I spent travelling to Huddersfield – a romantic date I hear you ask? Not quite! Instead a thought-provoking and interesting weekend at Notwestminster.

Notwestminster is a free “conference” for anyone interested in democracy. Hosted at the Media Centre in Huddersfield it looks at democracy beyond what happens in Westminster. I wanted to share an easy-to-read summary of my experience. This is for two reasons:

Attendees at Notwestminster range from people interested in bringing individuals into one off local decisions through to those getting lots of people talking about longstanding issues in their communities. The event uses short lightning talks; PechaKucha presentations (400 seconds to tell your story using 20 images) and breakout workshops.

My Notwestminster 2020 started with the PechaKucha night. It’s safe to say a range of topics were covered! Democracy of course running through the heart of them. Topics included:

Saturday morning my brain was whirring from the previous evening. And before I’d had chance to finish my coffee, Helen Graham, Lecturer at Leeds University, threw any assumptions I had about heritage out of the window and into the path of Storm Dennis.

The breakout session was titled “Local Heritage for Local Democracy”. The discussions covered how groups of people talk about themselves and the importance of places and spaces from the past in culture today.

We talked about how objects, buildings and stories from the past could be used to help build more connection and understanding between younger and older generations. We identified that using heritage and the history of different groups of people could help encourage discussion on a challenging subject. This included topics such as climate change and the impact of imperialism on today’s society. Helen shared “My Future York” with us as an example of her current work.

Brain now in over-drive (and a few more coffees down!) I went to a session with Engage Liverpool. They work in Liverpool to provide spaces for local residents to talk about what’s important to them. Engage have created events about the following topics: questions around new buildings and houses in Liverpool City Centre; homelessness, cycling, heritage and this year they plan to talk about tourism in Liverpool. More information about their work is here.

And finally, Catherine Howe from Demsoc tested a new idea she is working on around Systems-Thinking (seeing things as a bigger picture where actions are linked instead of lots of individual events happening that are not connected). Catherine asked what the relationship is between people being involved in decision-making at a local, regional, national and global level (scale) versus how people are involved in making that decision.

Catherine challenged us to think about whether there is a link between how difficult a decision is to make and the number of people involved in making that decision. Catherine outlined how some methods of involving people in decision-making (e.g. citizens' assemblies, a referendum, elections) are more suitable with smaller numbers of people and other methods more suitable with higher numbers of people. We explored how these different methods can be linked together. For example, the citizens' assembly in Ireland that was follwed by a referendum.

We then looked at specific examples of people being involved in decision-making and discussed:

So in summary: PechaKucha talks are great; heritage has a much bigger role to play in local democracy than you might think and we need to look at involving people in decisions as part of a bigger system. Check out this Involve piece today’s conversations got me thinking about again.

If you would like to talk about any of this or want to find out more about Notwestminster do see their website or contact me on lizzie@involve.org.uk