Looking for a better conversation about Carbon 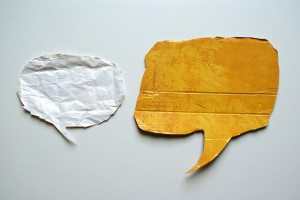 I’m risking a “why, oh why, oh why” moment here, but why can’t we have a better national conversation about climate change and energy policy? The current national conversation (if I can grace it with that term) consists largely of mediated conversations in our newspapers, radio and TV. With some notable exceptions, this mediated debate is driven either by agendas or by rather tired and shallow ‘debates’ that set up opposing positions without ever taking us forward. The rest of the national conversation consists of limited and fairly citizen-unfriendly consultations on national policy or as part of the planning system.

Quite frankly, this isn’t good enough. These are really important issues, in which all UK citizens have a significant stake. The issues are not only important, but are often difficult and highly contested. A case in point: the former DEFRA Secretary, Owen Paterson, speaking on the radio this morning, talked about how unpopular wind-farms are with his constituents, and how the UK’s carbon reduction targets risk the lights going out. He is right, some people are strongly opposed to wind turbines, but his prescription – a profusion of small scale nuclear reactors close to people’s homes and a flowering of shale gas drilling – is also likely to lead to plenty of local opposition.

And whilst all of these different energy options attract their vocal opponents, the voices of their more benign supporters often don’t get heard (non-activist supporters just don’t get as animated as opposers, and there’s a question of their power and influence in the decision-making infrastructure). The problem is that our policy and decision making infrastructure just isn’t up to the challenge of hearing and properly balancing all of these different voices and interests.

I’ve written elsewhere about the need for the planning system to open up and admit a much deeper and broader conversation with the public. It needs to find ways of bringing the different, and often opposing, voices together for more deliberative and informed debates, ideally at the policy making stage of the planning cycle. But I think it goes wider than this. National climate and energy strategy similarly needs to open up and be built on a deeper and more considered national conversation between government, citizens and stakeholders. It’s a conversation that needs to bring together all the proper considerations: of energy security, cost, growth and innovation, as well as citizens’ values and expectations.

Others have written about opening up both the planning system and national strategy to deeper citizen participation (for example here and here). What do you think?