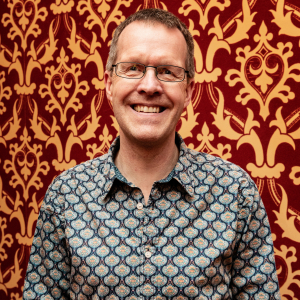 This piece is #3 in the 'Visions for the Future of Democracy' series curated by Involve for its 15th anniversary. We have asked authors to provide their vision or take on democracy 15 years from now.

Mariana has just received her invitation to join this year’s Assembly for the Future. She’s excited. She’s heard that it’s a lot of hard work, but everyone who has been part of the Assembly raves about the opportunity it offers to help shape a better future. She still hears the odd negative comment: “how can ordinary people know enough to make good judgements?”. But the record of the Assembly speaks for itself. It’s taken hard decisions on preparing for pandemics, priorities for climate adaptation and the use of AI. And because it’s everyday people, it cuts through all the shenanigans with political parties and wealthy donors. The Assembly might even be beginning to increase people’s trust in politics. Who’d have thought.

Like a lot of her friends and colleagues, Mariana has taken part in regular “let’s talk about our futures” conversations in the local café where she hangs out. Lots of employers and local associations have willingly hosted these opportunities for anyone and everyone to have a say. The effort and resources that are put into hearing the voices of those who are typically not listened to is impressive, in particular the support given to schools and youth organisations to host conversations. And it always brings a smile to Mariana’s face when she sees the youth members of the Future Generations Commission challenge their older counterparts. There’s nowhere to hide when they speak truth to power.

The inability of politicians and political parties to grapple with a range of issues that have significant long-term implications became clearer over the last decade or so. The pandemic and the climate crisis were catalysts, along with the pressures they put on health and social care.

But to be asked to participate in the Assembly for the Future where you get to reflect and make decisions on what has been said across the country is another thing entirely. Having the Future Generations Commission sponsor the assembly really means that politicians have to take its recommendations seriously.

Mariana is particularly excited about spending time deliberating with a lot of young people like herself whose interests have for too long been disregarded by those with power. Not that she isn’t also looking forward to hearing what the older participants have to say! She feels a sense of pride and solidarity when she thinks about her own participation in the ongoing youth actions that have become part of the movement of the future, bringing together activists from across climate, housing, student debt, health and social care. She remembers badgering her mum to let her older brother Alex take her to a Friday for the Futures march when she was still a little girl. Who would have thought that could have helped kickstart such a change?

The inability of politicians and political parties to grapple with a range of issues that have significant long-term implications became clearer over the last decade or so. The pandemic and the climate crisis were catalysts, along with the pressures they put on health and social care. With other long-term challenges such as regional inequalities, creaking pensions, failing infrastructure, biodiversity loss and emerging technologies not being dealt with, it was becoming obvious for anyone with a passing interest in politics that our current system was failing to take the interests of future generations seriously – not just those yet unborn, but the younger generations in the here and now.

The participatory element of this futures infrastructure is what makes it so powerful.

The presence of so many young people amongst the movements on the streets meant it was impossible for the government to continue to ignore their voices. And who would have thought that so many businesses and local leaders would line up in support, publicly recognising that short-term political decision making was undermining long-term sustainability.

The Welsh, with their Wellbeing of Future Generations Act back in 2015, were seen as an inspiration for what could be done and the bill proposed in Westminster back in 2020 by Lord Bird and collaborators, provided a template. The legislation that was finally adopted goes further than its Welsh counterpart, placing a duty not only on public authorities, but also larger companies, to embody well-being goals in their activities. It is wonderful to see smaller businesses and associations adopting the same approach voluntarily. The UK Future Generations Commission was established to oversee progress and to challenge inaction. This brings together the Commissioners from the different nations and regions of the UK, but is even more collegiate and inclusive in the way that it integrates Youth Commissioners into its decision-making body.

The participatory element of this futures infrastructure is what makes it so powerful. Everyone was surprised at the energy and ideas unleashed by the first national “let’s talk about our futures” conversations when the Commission was established. It was great that resources were put into communities whose voices might not otherwise be listened to. That energy and resourcing has continued in the regular conversations that give people space away from their everyday lives to talk together about how they would like the UK to look for their children and future generations.

Future generations are getting a hearing. We’re moving in the right direction.

The jewel in the crown of the futures infrastructure though is the Assembly for the Future that meets every year to consider the main issues that have emerged from the national conversations. Like earlier citizens’ assemblies, it uses civic lottery to ensure random selection of participants. That means that participants are not beholden to special interests or electoral cycles. But it is different from those earlier assemblies in at least two ways. First, it overrecruits young people to make sure that their perspectives are given more weight in deliberations. Second, it is embedded in the working of the Commission. It has a sponsor which continues to advocate and promote its recommendations long after the Assembly has finished its work.

As Mariana gets on the train to Birmingham for the Assembly’s in-person orientation weekend, before the online sessions start, she reflects on how much has changed and how important it is to bring the voices of everyday people into political decision making. We haven’t got it all right. The debate about whether the decisions of the Assembly for the Future should be binding rages on. But what has been built is way better than how things were before. Future generations are getting a hearing. We’re moving in the right direction.

Graham Smith is Professor of Politics at the Centre for the Study of Democracy at the University of Westminster and is Chair of the Foundation for Democracy and Sustainable Development and the Knowledge Network on Climate Assemblies. He is author of Can Democracy Safeguard the Future and co-editor of Democracy in a Pandemic: Participation in Response to Crisis. 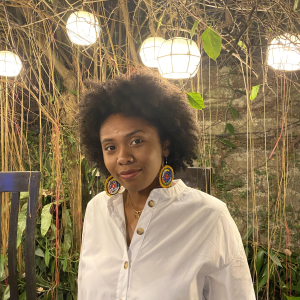 Practitioners’ workshop: Back to the Future - what do we want to take into the future of deliberation?

It’s been over 12 months since the first lockdown in the UK , pushing all of us to reevaluate our practices and adapt them to a new, and unexpecte…
See More
OpinionSimon Burall

A democracy fit for the future?

The democracy revolution is not inevitable and Involve has a central role in helping to make it happen: this post highlights my vision for a democra…
See More
OpinionJacob Ainscough and Rebecca Willis This piece is #1 in the 'Visions for the Future of Democracy' series curated by Involve for its 15th anniversary. We have asked authors to provide t…
See More