Involve's response to the Levelling Up White Paper 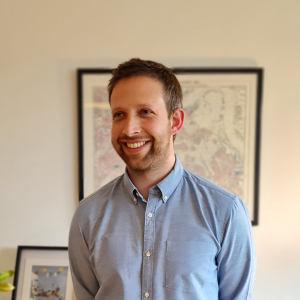 Our take: good on inequality, and a sound analysis of the need for stronger social and institutional capital. But to deliver a real ‘revolution in local democracy’, it needs a much greater role for the public in decision-making.

The opportunity: we call on local and regional government with new powers to develop clear mechanisms for the public to be part of how we make decisions, co-design the measures of success and hold decision-makers to account.

The Levelling Up White Paper - our take on what it includes, and what’s missing

This week, the UK Government published its long-anticipated Levelling Up White Paper, setting out its aim to, amongst other things, ‘take the radical steps needed to make us more prosperous and more united by tackling the regional and local inequalities that unfairly hold back communities…’

The first thing we noted is the central focus not only on inequality, but the complex nature of that inequality. The paper acknowledges this isn’t just about money, but also about people, place, and institutions. And, that these parts of our society affect one another. Valuing these ‘factors’, and using a systems-based analysis to understand how they interact, has frequently been missed from previous approaches and deserves recognition.

Two of these factors - the extent to which places enjoy social infrastructure, connectedness and an active and engaged community (social capital) and the need for well-functioning institutions (institutional capital) are discussed in full. Proposals made to strengthen social capital, and the ability of institutions to grow and deepen it, range from a £2.6bn UK Shared Prosperity Fund and £50m per annum from the Safer Streets Fund, to trailblazer deeper devolution deals with the West Midlands and Greater Manchester combined authorities and nine new County Deals.

Others have looked at these proposals in more detail, and more analysis will undoubtedly appear in the coming days (see initial takes from New Local, Local Trust and the Institute for Government’s, for example).

But, we want to focus on one major gap: while trust is mentioned as an important dimension, there is no substantial inclusion of whether the public feel they have control over their lives, have the ability to influence decisions, or trust that institutions will listen or respond.

These are fundamental for an effective modern democracy. Despite the Prime Minister’s ambition in his Foreword for a more united society, the White Paper lacks analysis of, or proposals for, ways to strengthen the relationship between communities and institutions.

How can the public play a meaningful role in decisions that affect them, alongside the institutions with new devolved powers? How should the public hold these institutions to account for the decisions they make, beyond the ballet box? How can we build public trust in both existing, and new, proposed institutions?

This questions ring true for another welcome inclusion in the paper - the commitment to ‘transform its approach to data and evaluation’, describing clearly the need for better, smarter and more accountable use of data. However, the general public’s role is presented as ‘understanding outcomes in their area and holding local leaders to account for those outcomes’, rather than also playing a role in deciding how their data should be used to impact lives in the first place. The paper includes an understanding of ‘complex adaptive systems’, but systems thinking requires us to look through different lenses - the public perspective on use of data is missing.

There are nods in the right direction – an initial pilot of a set of ‘Community Covenants’ for example, which aims to be ‘new agreements between councils, public bodies, and communities themselves to empower communities to shape the regeneration of their areas and improve public services’. Done well, this could have potential (and well done We’re Right Here! and others for campaigning to see this included!) The inclusion of this also starts to acknowledge the role of civil society organisations in the shaping of cultural and economic prosperity; a welcome development.

But, to truly address not just the financial and social inequalities, but the power imbalance we see in our country today, we need a new approach to how government, business and communities work together. Power must be devolved not just to local authorities, but to the public too. Big decisions on how and where money is spent, and who we are as a society, must involve the public in pragmatic, sensible ways.

Luckily, there are successful examples of exactly how to do this across the country. Whether it’s dealing with the difficult issue of assisted dying in Jersey [1] or genome sequencing for newborn screening [2], tackling climate change in Scotland [3], or people across the island of Ireland choosing to legalise abortion [4], people are increasingly playing an active role in decisions that matter to them. There are many innovative models for how major policy decisions need to meaningfully include the public, ranging from 'mini-publics' like citizens assemblies, to co-design processes prioritising the views of those with lived experience. But, while these are impressive examples of democratic innovation, they are still the exception – not the norm.

The opportunity - those with new powers at local and regional level should include explicit mechanisms for including the public in major decisions, co-designing policies, and holding institutions to account.

The twelfth mission of the UK Government’s Levelling Up White Paper is:

‘By 2030, every part of England that wants one will have a devolution deal with powers at or approaching the highest level of devolution and a simplified, long-term funding settlement.’

These deals include the devolution of powers ranging from elements of Adult Education Budgets, the ability to introduce bus franchising, and control of Police and Crime Commissioner functions. (See the devolution framework in the white paper for the full list.)

This is a major opportunity: as deals are agreed, and powers devolved, local and regional governments have the power to choose to do things differently; to build in ways for the public to be part of decision making. To operationalise the ambitious systemic change described in the paper, we need public engagement, to create better ideas, develop collective support for what is being implemented, build trust between people and institutions, and hold decision-makers to account.

If, as the Prime Minister’s forward states, we are to have a ‘revolution in local democracy’, members of the public must be at the heart of decisions that affect them and their loved ones.

This is how we build a democracy fit for the 21st century, and truly level up the country.

Despite the Prime Minister’s ambition in his Foreword for a more united society, the White Paper lacks analysis of, or proposals for, ways to strengthen the relationship between communities and institutions.