#GE2017: Elections are oil and Complex Issues are water: they don’t mix

During the 2017 general election the social care ‘debate’ was reduced to a small number of issues: a floor, a hurriedly introduced and undefined cap, an effective and damaging use of branding (“dementia tax”), and a relentless commentary about prime ministerial wobbliness. And that was it. No substantive, national discussion about how we pay for good quality care for all of us in later life. 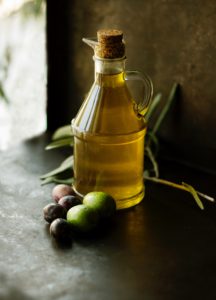 Solving social care was not the only pressing issue that went largely unaddressed during the general election. Given that the election seems to have been notable for the widespread involvement of young people, inter-generational equity also suffered from inattention. Uncertainty about economic futures, debt loads, having a home you can call your own – these are some of the issues that this generation of young people (as opposed to the 20th century baby boomers) look forward to. Oh, and we were collectively silent on climate change. And what about the detail, not the rhetoric, of Brexit? Don’t get me started.

What these issues have in common is that they are: important, challenging and complex. They need good and considered policy responses. They are not well-served by the binary brutality and sound-bites of elections. As my colleague Matthew Harriott argues in this blog series, people cast their vote for all sorts of reasons and it’s absurd to draw firm conclusions about policy consensus from a general election.

Involve wants to build a democracy that works for everyone – one that gives people real power to effect change and one that helps solve 21st century challenges. Elections are part – but only part – of a healthy democracy. Aside from other key elements (such as the rule of law and freedom of speech), we argue that Britain’s democracy lacks three essential qualities: openness, participation and deliberation.

This isn’t easy. It can be difficult for politicians to embrace participation and deliberation, when faced with political heat, lobbying and the challenges of tax v spend, but this is what leadership is about.

It’s also not easy in terms of wider public engagement. Small-scale deliberative processes can be immensely insightful (see for example the UKERC research on Transforming the UK Energy System – Public Values, Attitudes and Acceptability), but they can be difficult to scale up, something that we explored a few years ago in a roundtable conversation on climate change. There are ways in which you can spread the deliberation, for example through broadcasting, and by toning down the combat and toning up the discussion, but there’s a broader point here: we need to find ways to facilitate deliberation in everyday life, to develop more of a culture of deliberation. What, in this context, is the role of political parties in the 21st Century? Are they the right vehicles for people to come together, share and discuss ideas, and develop political views?