Beyond Buzzword Bingo: opening up the language of Open Government

Open Government has its own buzzwords – open data, transparency, accountability, participation, scrutiny, anti-corruption, freedom of information, open contracting, digital commons etc. Just like any other policy community this shared language unites those involved, but from the outside it can appear to set a somewhat technocratic and procedural agenda. 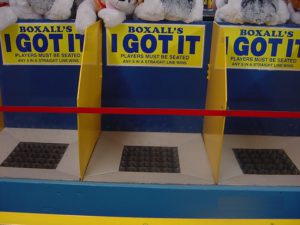 As someone relatively new to the Open Government movement, and coming to it from a public engagement background, I will admit it can also be a little off-putting. I’ll confess therefore to heading off to the Open Government Partnership Global Summit in Paris last week with a degree of trepidation (secretly imagining 3 days surrounded by data geeks and bureaucrats while I silently played buzzword bingo in my head). Happily, however, my fears were quickly dispelled…

In his opening speech to civil society delegates Paul Maassen (Director for Civil Society Engagement at the Open Government Partnership) spoke about the need for increased dialogue between citizens and government in order to counteract the rise of popularism and polarisation in our societies. Emphasising the vital role that the OGP movement can play in this, if civil society is a true and active partner in the process, he called on civil society to ‘step up and be brighter, bolder, braver than ever before.’ This set the tone of much of what was to follow and the buzzwords that gained the most traction as discussions began were, refreshingly, a lot more familiar – dialogue, collaboration, empowerment and, ultimately, participation.

Across the next 3 days of panels, workshops and speeches civil society delegates from all over the world told their stories of how dialogue between civil society and government has enabled them to secure commitments and actions that have delivered concrete reforms. The Results of Early OGP Initiatives report launched during the summit, while capturing only a small slice of the OGP success stories, show that there is much that the partnership has to be proud of, and that the participation of civil society has had a significant impact.

It is far too easy however when we talk about civil society participation to talk as if ‘civil society’ is a single, identifiable thing – rather than being the messy mix of local campaign groups, international NGOs, service advocacy groups, faith communities, social clubs and sports teams that often are the ones making a difference across communities. And then there are citizens themselves. Making the open government movement more open and inclusive of civil society therefore cannot simply be about creating more seats around the table, it also has to be about who is sitting in them.

If a fundamental purpose of open government is to effect improvements in public services, for people and communities, then people and communities also need to have the opportunity to become directly involved. Without this the movement runs the risk of opening up governance, but only to a slightly wider group of participating elites who already see the value of access to information, transparency and scrutiny for achieving their goals.

But here Open Government has an image problem. This was something that OGP Ambassador Mo Ibrahim acknowledged in his speech at the closing plenary of the summit, floating the need for a Celebrity Ambassador for OGP. While we wait for Kim Kardashian’s callback, there is still much that we can do…

Key to meeting the challenge of increasing not only the amount, but also the breadth and width of civil society participation in open government, will be making this agenda meaningful and relevant to the vast arrays of civil society organisations working at grassroots levels to improve their communities, and ultimately citizens themselves. The chapter Involve contributed to the OECD Open Government: The Global Context and the Way Forward (also launched in Paris) highlighted the many different roles that citizens can play in delivering open government reforms, from ‘auditor, data-analyst, decision maker, policy maker, service provider watchdog and in some cases, whistleblower’. It further highlights the need for multiple entry points for civil society participation so that organisations and citizens can ‘dip-in and dip-out’ on issues that affect them or when they have something to offer.

To get a wider group to the table in the first place, however, we will need to step away from the technocratic and potentially alienating language that is so familiar to the policy community, and tell OGP success stories in ways that resonate more clearly with the needs and ambitions of people and communities:

Until we get better at doing this there is a risk that, despite the advances made in opening up governance to civil society participation, the open government movement becomes another elite policy making clique made up of those who know how to ‘speak the language’ and ‘play the game’. While that may still be a step in the right direction, to quote from Paul Maassen’s opening speech:

‘pushing through a technical reform can be done with 10 smart people in a room, implementing it properly will probably take a 1000. But changing the culture of government, restoring trust and making a difference in the lives of people – the real ambition of OGP – needs the open government agenda to be supported by a movement of millions.’

Image credit: I Got it Game Creative Commons Attribution-ShareAlike 3.0