A new chapter, a new author: Changes at Involve

As one exciting chapter draws to a close at Involve and a new one begins, I’ve decided to step down as director this summer. Here’s what lies ahead for Involve and why I’m handing on the pen.

For the past four years, we’ve been developing and refining our strategy to ensure we can deliver our vision of a vibrant democracy, with people at the heart of decision-making. This has brought us significant successes – with growth in our size, impact and profile – as well as opening up new opportunities for us to be bigger and bolder in our approach.

The latest iteration of our strategy builds on the progress we’ve made towards increasing and improving the practice of open, participatory and deliberative democracy, but recognises that more work needs to be done to translate this positive progress into long term sustainable changes to our democratic norms and institutions. It identifies six new objectives to guide our work in creating healthier more vibrant democracies and achieving long term political and democratic reform.

In order to deliver on this ambitious strategy, from April we will be refocusing what Involve does around three core areas:

I’m excited to announce that as well as searching for a new Chief Executive (more on that below), Involve will be creating three new director posts to lead on these areas. As of today, we will be starting the recruitment for a Director of Advocacy and Communications who will lead on making the case. Sarah Allan will step up to become our new Director of Capacity Building and Standards. And Kaela Scott will step up to take on Director of Innovation and Practice. They will each take responsibility for delivering core aspects of our strategy and collectively fulfilling our mission to develop, support and campaign for new ways of involving people in the decisions that affect their lives.

Find out more about the Director of Advocacy and Communications vacancy

A new chapter, a new author

The beginning of this year marked 10 years since I joined Involve and four years since I took over as director. After a lot of careful thought, I've decided that now is the right time for me to step down. This hasn’t been an easy decision to reach, but I feel it's the right one, at the right time.

Since taking over the organisation four years ago, I've been determined to leave it in a place of strength and opportunity. As I look at where we've arrived – with an exciting strategy;  a fantastic team of staff, trustees and associates; a legacy of significant and impactful projects; strong finances; relationships with new funders; a presence across England, Northern Ireland and Scotland; new networks of practitioners and public servants; and an expanding reputation and profile – it's further than we dared dream we would reach in four years as we started out in 2017.

At the same time, it's also an important point of recalibration and development for the organisation as it rightly sets its sights at ever higher goals. As we turn the page on one chapter of Involve's progression and look to a new and exciting chapter ahead, I feel that now is the right time to hand on the pen to somebody with new ideas, energy and creativity for the opportunities and challenges ahead.

Starting today, we will begin the search for a new CEO to lead the organisation into its next phase. This search is being supported by Starfish and will take place over the next few months. I will be continuing in post until the Summer to support the process and complete a handover with the successful candidate.

Make no mistake, this is one of the best leadership jobs out there – you get to do meaningful work that reaffirms your faith in humanity, on an important agenda at a critical time, for an organisation with big heart and ambition, and all with passionate and amazing people. It deserves an exceptional person to take it on and I look forward to helping to find them.

Find out more about the CEO vacancy

Since joining in 2011 as a wet-behind-the-ears researcher, Involve has provided me incredible experiences and opportunities. Being given the chance to take over leadership of the organisation was a fantastic privilege, particularly so early in my career at 29. The four years since have been exciting and daunting in equal measure. They have been full of challenges and successes; a vast amount of learning and personal growth; and I count myself incredibly fortunate to have got to do the work I have done, with the people I have done it with.

Wherever the future takes me, Involve is an organisation I will forever be passionate about – for its mission, its people and way of working. I’m incredibly proud of what we’ve achieved over the past few years and I’m excited to see where the team takes it to next.

As Chair of Involve, I want to thank Tim for the incredible contribution he has made to the leadership and development of the organisation and the democratic sector more widely. Involve has always been pioneering in public participation and deliberation but the last few years, under Tim’s leadership, we have seen some of its greatest achievements from the Climate Assembly UK to work in Scotland, Northern Ireland and with local government too. With a refreshed strategy, dynamic and capable team and strong financial foundations, Tim leaves a super legacy for his successor.

As we begin the search for a new CEO, we are looking to kick-on again. We are looking for a leader whose passion for democratic reform is combined with the significant personal stature and credibility needed to act as an organisational figurehead as well as a national leader to champion democratic change. 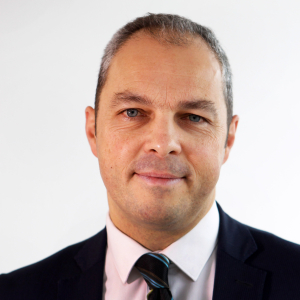 Involve is at the vanguard of changing our democracy. Combining innovation, advocacy and hands-on delivery, we are showing exactly what our democrat…
See More
JobsEd Cox

Involve is at the vanguard of changing our democracy. Combining innovation, advocacy and hands-on delivery, we are showing exactly what our democrat…
See More