How can practitioners respond to the growing demand for citizens' assemblies 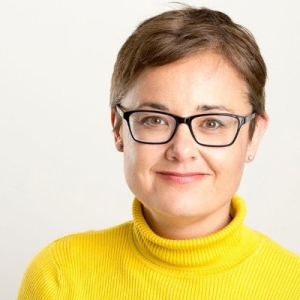 In June, Involve ran a half-day workshop with around 30 facilitation and deliberative democracy practioners to discuss how to respond to the growing demand for citizens' assemblies on climate change.

There was a palpable sense of urgency in the room.  Three days after we met, six select committees in Parliament announced plans to hold a national citizens’ assembly on combating climate change and achieving the pathway to net zero carbon emissions.  One month later, the first local climate citizens’ assembly delivered its wish-list of carbon cutting measures to Camden Council. There is a clear need and opportunity to expand public participation in this critical debate.

There was broad agreement that citizens’ assemblies can be a good way to enable people to deliberate the complex trade-offs inherent in climate action.  This is assuming you have the right people in the room (randomly selected yet representative of the local population), ask them the right question and give them enough time to both learn and deliberate.

One of the biggest concerns discussed was how to build and maintain trust in the citizens’ assembly process. High levels of trust are key to effective participation and to openness to more participative decision-making in the future. Transparency, clarity about the recruitment of participants, the remit of the assembly (particularly the limits to its powers) and independent facilitation were all seen as building blocks of trust.

Many of the practitioners felt that it was important to develop clear standards and a rigorous process for citizens’ assemblies. This would help to make the process replicable and to ensure good practice, underpinning trust and maximising impact.

However there’s a tension here. If we spend too long developing a rigorous standard, then we could actually slow things down, just when there’s a need to move quickly.  Lots of deliberative conversations on climate change are needed now and there was a sense that we need to be agile, supporting best practice and rigour, but not allowing them to become a barrier to action.

There are enough barriers already, ranging from a lack of guidance (as a local authority – where do you even start?) to lack of capacity.  A citizens’ assembly requires a wide range of professional skills, from facilitation and sortition/recruitment to process design, reporting and emotional support.   At the moment, it’s likely that there aren’t enough practitioners and there’s certainly no central directory for commissioners to turn to.

Cost is also seen as a barrier, particularly for local authorities. Many practitioners stressed the need for a range of processes (such as town hall meetings and one day deliberative events) and guidance for commissioners on how to choose a process that meets their needs and fits with budget.

The overall challenge is how to build capacity without losing momentum.  More broadly, how to enable citizens’ assemblies – and other deliberative conversations – on climate change to flourish.

Watch this space for news as we take these ideas forward.