December Newsletter: Our participation highlights from 2018 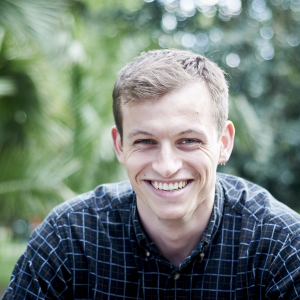 DEMONSTRATING HOW DEMOCRACY CAN BE DIFFERENT: OUR HIGHLIGHTS FROM 2018

What a year it's been.

The shortcomings of our current model of democracy have grown ever more glaring. And we've made some big strides towards demonstrating how things can be different.

The Citizens' Assembly on Social Care

We made history running the UK Parliament's first ever citizens' assembly. Committee Chair Clive Betts MP said that the recommendations were 'vital' in informing the two Committees' thinking on the long-term funding of adult social care in England.

We ran the first Citizens' Assembly for Northern Ireland in a political context defined by division and conflict. What can it teach us about building consensus on a key area of social policy?

Tackling the issue of data sharing

Local government holds vast amounts of data about us. There are significant benefits from sharing this data, but many risks too. Our work in this area has aimed to bring the public into the heart of decisions about what data to share when and for what purposes.

Our youth-led project on mental health, MH:2K, led to changes in policy and practice in participating local areas. It published its national findings at an event hosted by Dr Sarah Wollaston MP.

We've been planning big things for 2019 with the RSA and other democracy organisations and advocates. If you like what we do and interested in being more involved, apply to be on our board of trustees.

What do the public think about gene editing?

Gene editing technology has the potential to radically alter human life. With the Guardian, we are exploring what the public think and how journalists should cover it.

We've trained practitioners and government officials right across the UK. Most recently we ran an intensive three-day course on deliberative democracy and facilitation reaching 55 people in the public, community and voluntary sectors in Northern Ireland.

New resources and stories at Involve

Our new website has made it easier to browse the wealth of deliberative methods that exist. You can also read about the experiences and reflections from those who have taken part in deliberative projects.

Artificial intelligence has moved from trouncing humans at chess to predicting the shapes that proteins will fold into for designing new drugs. Our work supporting the Sciencewise programme is helping to bring public voice to the latest science and technology developments.

We want to know why you think people should be at the heart of decision-making. If you have a story to share from 2018, fill out this short form and you might see it on the Involve website in the new year! Share your story

October Newsletter: A successful first weekend at the Citizens' Assembly for Northern Ireland

Last weekend we ran the first weekend of the Citizens' Assembly for Northern Ireland. It focuses on the issue of social care provision and we were r…
See More
NewsDominic Ward

Government and institutions work better for citizens when they are transparent, engaging and accountable. To reach this goal, the UK develops ambiti…
See More
NewsAndreas Pavlou 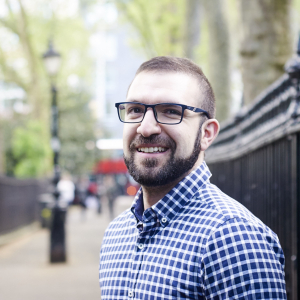 Newsletter: Our Highlights from 2017

Welcome to our end of year newsletter! Is it that time of year already? It doesn’t feel possible, but it’s now almost 12 months since I too…
See More