How should Devon meet the big challenges of climate change?

In 2019 a partnership of public, private and voluntary organisations in Devon came together to form Devon Climate Emergency and endorse the principles of the Devon Climate Declaration, which set out an ambition to tackle climate change across Devon. In order to put people at the heart of Devon's action on climate change, the Devon Climate Assembly was commissioned to help understand people in Devon's (including Plymouth and Torbay) views on the question:

"How should Devon meet the big challenges of climate change?"

The Assembly followed on from a public consultation which informed the Interim Devon Carbon Plan that set out actions for tackling climate change, but also identified some big challenges needing further consideration. Therefore the assembly focused on three key questions:

Answering these questions was key to planning how to create a Devon where people and nature thrive, including benefits such as warmer, more efficient homes, healthier and more active lifestyles, changing workplaces and emerging industries and ways to enhance wildlife in our urban and rural areas. 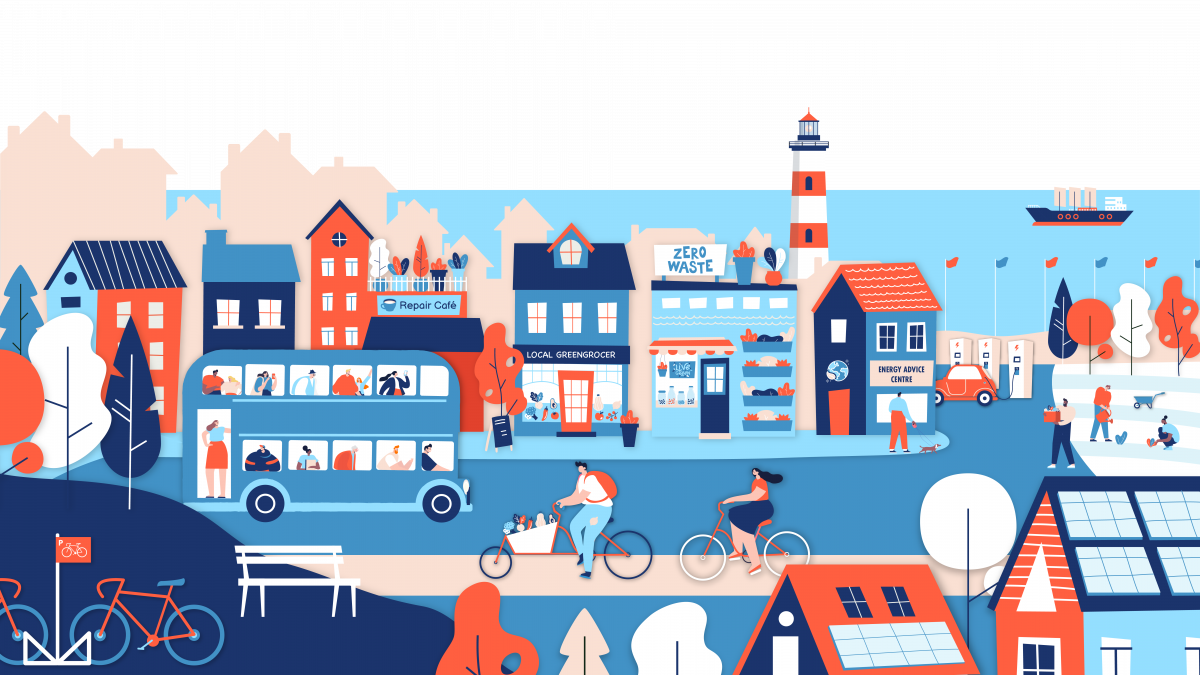 How did the Devon Climate Assembly work?

The Devon Climate Assembly was made up of residents of Devon, including Plymouth and Torbay, chosen through a civic lottery process which ensured that the Assembly was broadly representative of the population of Devon in terms of gender, age (16+), ethnicity, social background, level of concern about climate change, disability and location. The assembly members met for 11 sessions of around two and a half hours between June and July 2021. All meetings were held online and led by a team of independent facilitators who ensure that everyone's voice is heard.

Assembly members heard evidence from a range of experts including academics, researchers, campaigners and other stakeholders. They then had the time to ask questions and discuss what they hear in small groups to explore their views before making recommendations on how Devon should meet the big challenges of climate change.

Impact of the Devon Climate Assembly

The report of the Devon Climate Assembly  presents the resolutions, conditions, supporting statements and overarching statements agreed by the Assembly members, and their reasons why these conclusions were drawn. This report was shared for consideration with the Net-Zero Task Force and the Devon Climate Emergency partnership in October 2021, to help them further set out Devon's path to Net-Zero.

The Devon Climate Emergency partnership published  its response to the conclusions of the Devon Climate Assembly in March 2022.  This response included proposed new actions to add to the Devon Carbon Plan. It also cross-referenced the Assembly’s conclusions with the Interim Devon Carbon Plan (IDCP), to ensure that new actions didn’t duplicate pre-existing actions, and proposed amendments to actions in the IDCP to incorporate the insights of the Assembly.  As the infographic below illustrates, this response and the proposals within it demonstrate significant commitment to acting on the Assembly's findings and strong alignment with the members' ambitions.

Throuhgout March and April this response, and the proposals within it were at the heart of a wider public consultation process to inform the final Devon Carbon Plan, due to be pubished in August 2022.

Involve was commissioned through an open tender to run the Devon Climate Assembly. We designed and independently facilitated the Assembly as well as supported members to get online and fully participate in the process.

I needed some help initially and the support group were both efficient and friendly.

The concept of slowly building both the participant's knowledge and discussion skills, in order to set the conditions to have meaningful discussion later on, worked well

As our understanding of the issues, and confidence in the process has increased, the breakout groups have been more dynamic and rewarding

I feel as though I have made a contribution in a small way to the Climate Emergency debate. I have learned a lot, enjoyed the whole experience and hope I can remain involved in some way in the future.

I have enjoyed it and will be looking out for more opportunities to take part in similar discussions.  It is definitely the way forward in feeling part of the whole and not just feeling things are being done to you.

I thought that the variety of people involved in the assembly was excellent and gave a good range of comment and ideas to reach the objectives.  I sincerely hope that our work is respected and considered to achieve the carbon reductions for all of our futures and the improvements to our planet.

I am really pleased to have had the opportunity to participate and would relish the opportunity to do so again on other areas of concern. I think the assembly worked very well within the confines of the situation we were in. People's assemblies have to be a positive way forward for political and other decision making processes - it is a way to prevent so much of the power imbalance residing with those with the financial where with all and connections.

I would like to have a further DCA meeting in perhaps a years’ time so that members can find out what has happened or is happening with any changes that may have happened as a result of our choices and ideas that we as a whole have put forward.